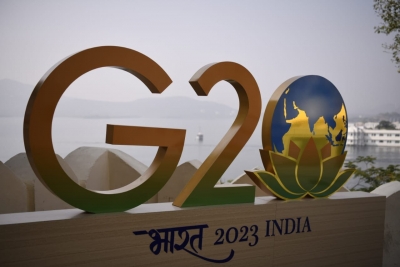 New Delhi, Dec 5 (IANS) A range of issues are being discussed in the ongoing four-day Sherpa meeting of India’s G20 presidency, which began in Udaipur on December 4 and is expected to continue till December 7.

Economic Affairs Secretary Ajay Seth outlined key economic challenges facing the world today, and highlighted the need for collective efforts by the G20 to respond to them.

There were also sessions on technological transformation, including the working groups on digital economy, health and education.

Delegates discussed challenges in accelerating digitalisation across different sectors in their countries.

Further, delegates from G20 countries made interventions on leveraging the power of technology through multiple pathways. The importance of cyber security, inclusivity in expanding access to technological services and infrastructure, and digital skilling, were also highlighted in the discussions.

Discussions on ‘Green Development and Lifestyle for Environment (LiFE)’ were held, with the focus moving to effective strategies to collectively combat climate change. The need to facilitate just green and energy transitions was discussed, with Kant highlighting the necessity of galvanising collective action towards achieving the Sustainable Development Goals (SDGs).