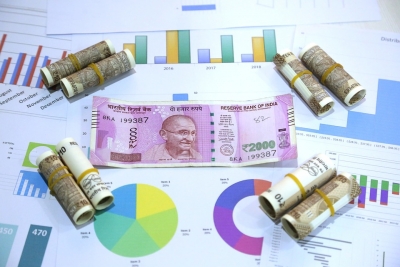 New Delhi, June 6 (IANS) The expectation of the expansion of the current account deficit is not just driven by elevated global commodity prices, but is also linked to the unlocking of the economy reviving pent-up demand and improved vaccination cover aiding an organic recovery in the economy, ratings and research firm Acuite Ratings & Research said in a report.

Nevertheless, there is considerable uncertainty in projecting trade and current account deficit due to high volatility in commodity prices, which in the current environment is taking cues from unpredictable geopolitical events.

“Given, the relentless rise in commodity prices particularly crude oil which has again risen to $120 per barrel, we project current account deficit (CAD) to widen to more than $90 billion (in FY23) from an estimated $47 billion in FY22,” the report said.

India’s merchandise trade deficit widened to a record high level of $23.3 billion in May 2022 from a deficit of $20.1 billion in April, the report said citing the Ministry of Commerce and Industry’s preliminary data.

On the other hand, imports increased slightly to $60.6 billion in May from $60.3 billion in the previous month, given the rising crude oil bill.

Notably, India’s share of oil imports from Russia has increased from 2 per cent to nearly 25 per cent since the onslaught of the geopolitical crisis, with India taking advantage of competitive pricing with an aim to fulfil its heavy oil needs, it said.

“On the exports front, the moderation was driven by non-oil exports while oil exports eased a tad in May-22. On a sectoral basis, commodities such as petroleum products, electronic goods, chemicals, and engineering goods remained strong in May-22.”

The report further said that the evolving global geopolitical dynamics, and policy support through targeted incentive structures like the production-linked incentive schemes and strategic trade partnerships (such as India-Australia trade agreement, and India-UAE trade pact) would also continue to support exports, besides the inorganic expansion via price effect.

That said, some normalisation in growth is likely in the coming quarters on deceleration in global demand, the report added.