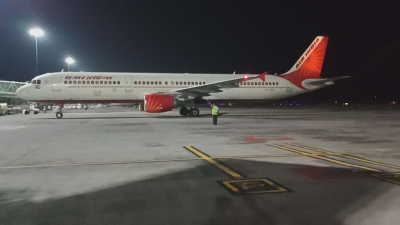 New Delhi, Jan 24 (IANS) Air India Joint Action Forum – a group of six unions, on Tuesday appealed to aviation regulator DGCA to withdraw the suspension of the pilot-in-command of an Air India flight in connection with the urination incident that occurred on November 26 last year.

In a letter to the Directorate General of Civil Aviation (DGCA), the forum said that the due process of investigation has not been followed and vital steps in the investigation and enforcement have been skipped.

The unions have appealed to the DGCA to withdraw the harsh punishment and suspension of the pilot-in-command.

The letter written on Tuesday has also been marked to the Civil Aviation Minister, Aviation Secretary, CEO and COO of Air India.

Earlier, on Tuesday, Air India said it had closed the internal probe into the case and will also assist the flight’s pilot-in-command with an appeal against the suspension of his licence.

According to the letter, the entire crew comes under the judicial and operational control of the pilot-in-command.

“It is in this light that the pilot-in-command signed all reports and then directed the cabin supervisor to forward all reports to the company and its senior officers instantly upon landing to discuss the next step with the company, which was done and verified. Given the actual facts and non-existence of any eyewitnesses, it was decided by the pilot-in-command in consultation with his crew, that the passenger in seat 8C (Shankar) Mishra was not unruly, and could not be classified as unruly,” said the letter.

DGCA on January 20 imposed a fine of Rs 30 lakh on Air India and suspended the license of the pilot-in-command for three months in the incident which occurred on November 26, 2022.

Moreover, the regulator also imposed a penalty of Rs 3 lakh on the director of in-flight services of Air India for failing to discharge duties.

Earlier, on Monday, All India Cabin Crew Association said that the derostered Air India crew in connection with the Air India urination case should be rostered back on flights, terming the action against the pilot-in-command an unusually harsh punishment.

In a letter issued on Monday, the cabin crew body also termed the findings of an internal committee in the Air India urination case “flawed”.