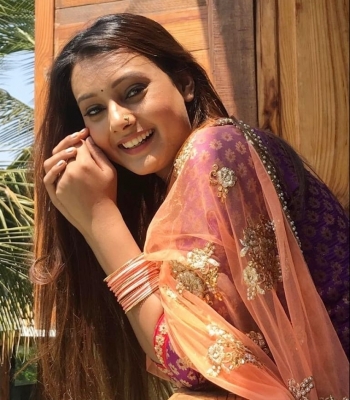 Mumbai, Jan 24 (IANS) ‘Molkki’ actress Kajal Chauhan said that she drew inspiration from movies such as ‘Darlings’ and ‘Gangs of Wasseypur’ for her role of Gaura in the show ‘Meri Saas Bhoot Hai’.

She also talked about her preparations and the guidance provided by her director for playing the character perfectly on-screen.

She said: “It’s first ever dramedy project of my life and I had to do certain preparations in order to get into the character and henceforth, I took inspiration from movies like ‘Darlings’, and ‘Gangs of Wasseypur’ as those movies are based on dark comedy and it would help me in building my dialogue delivery, and comic timings, and improve my acting skills.”

Kajal credited the director, Rahib Siddiqui for helping her in improvising her acting skills and supporting her in playing the role with perfection.

She added: “My director has a major role in shaping me into Gaura as he kept guiding me throughout to hold the character and improvise me at places needed. He has been my biggest support and I feel blessed to have such a supportive director and team.”