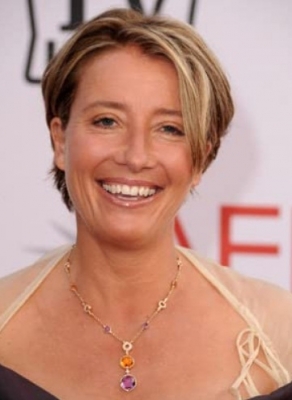 Los Angeles, June 10 (IANS) Actress Emma Thompson’s character Nancy Stokes hires a young sex worker in her new film, ‘Good Luck To You, Leo Grande’, after an unfulfilling married life and the ‘Cruella’ star has spoken about how “disturbing” young people’s sexual knowledge can be because pornography is so easy to access.

“If you talk to young people about their sexual knowledge and what they expect and what they think sex is, it can be
very disturbing indeed.

“I think it can interfere with their sexual development because it’s all been taken away, industrialised and fed back to them in a completely un-indigestible form.”

The ‘Bridget Jones’s Baby’ star says in later life, people are ashamed of their sexual desires because they are often “odd”, which she insists is wrong, reports femalefirst.co.uk.

Thompson said: “It’s not like we had that and then everything was better. And now young people, it’s all better.

“It’s never like that in human experience, we take a step forward and then we tie ourselves into weird knots because
the fact of the matter is we have no respect at all for our sexual desires.

“We ridicule them. We make them the butt of our jokes. We don’t respect what our desires are. And we find when they’re odd, which they often are we find them shameful and ridiculous.”

Giving back to the community: Richa Chadha launches special programme for women gaffers

Most of Britain’s Monkeypox cases are in London, as case numbers reach 366