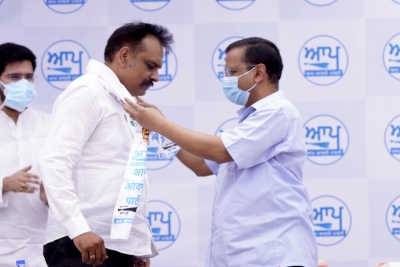 Chandigarh, Jan 25 (IANS) Fissures appear in less than a year-old AAP government in Punjab with its legislator Kunwar Vijay Pratap Singh on Wednesday resigning from the post of chairman of the committee on government assurances of the Legislative Assembly over government’s “inaction” in the 2015 sacrilege cases.

His resignation is yet to be accepted by Speaker Kultar Singh Sandhwan, officials said.

The legislator from Amritsar (North), Pratap was reportedly upset over handling the probe and “inaction” into the highly sensitive sacrilege cases. He even expressed displeasure on a few occasions.

Before joining politics, Pratap was a former Inspector General of Police and was heading the special investigation team (SIT) probing the 2015 Kotakpura and Behbal Kalan police firing cases. The incidents had taken place after the alleged desecration of a religious text in Faridkot.

The 1998-batch officer of the Punjab cadre had resigned in the run-up to the assembly elections after the Punjab and Haryana High Court quashed the probe by the SIT into the Kotkapura firing incident.