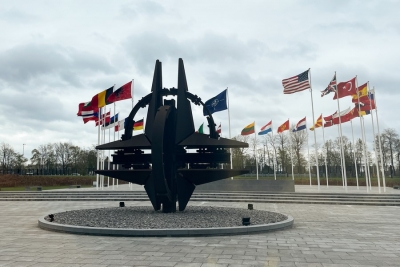 Helsinki, Dec 6 (IANS) Following its emergency meeting, the government of Finland has submitted to Parliament a draft proposal on the country’s accession to the North Atlantic Treaty Organization (NATO).

However, the speaker of Parliament said that he intended to propose that the deputies do not approve the proposal in absence of ratifications by all NATO member states. To date, 28 of the alliance’s 30 member states have ratified Finland’s accession, Xinhua news agency reported.

Foreign Minister Pekka Haavisto said at a press conference on Monday that it was important for Parliament to have enough time to process the proposal. “Finland and Sweden will be ready to join the alliance when all the ratifications have been done,” Haavisto said.

Ratifications by Turkey and Hungary are still pending.

Haavisto said that Parliament would make the decision to adopt the North Atlantic Treaty by a simple majority vote. The law then will have to be signed by President Sauli Niinisto.

Speaker of Parliament Matti Vanhanen told the Finnish News Agency STT on Monday that Parliament’s Foreign Affairs Committee would wait for the ratifications by all the alliance’s member states.

Finland applied for NATO membership on May 18 this year. On June 29, NATO leaders formally invited the country to join the alliance. On July 5, NATO ambassadors signed Finland’s Accession Protocol, which must be ratified by all 30 member states.