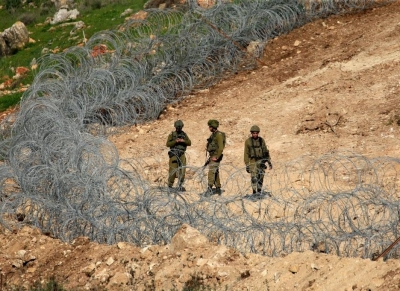 Beirut, Jan 25 (IANS) An Israeli tank crossed the “technical fence” along the border with Lebanon, prompting high alertness from the latter nation’s army.

This is the fourth similar incident on the Lebanon-Israel border within a week, Xinhua news agency reported citing local Lebanese media as saying.

The local media added that the Israeli tank on Tuesday did not violate the Blue Line, which is a demarcation line between Lebanon and Israel as well as Lebanon and the Golan Heights published by the UN in 2000.

Israel built the “technical fence” with electrified wires along the 79 km border with Lebanon in 2001, about 50 metres south of the Blue Line.

Also on Tuesday, a team from the UN Interim Force in Lebanon (UNIFIL) used a helicopter to conduct an inspection tour of the Blue Line after the mission’s spokesperson Andrea Tenenti warned last week against the escalation of tensions along the border.

The border has been mostly quiet since Israel fought a 2006 war against Hezbollah, except for some tensions on the border caused by Palestinian factions in Lebanon occasionally firing on Israel in the past.