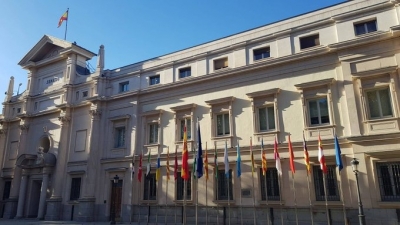 Madrid, Jan 25 (IANS) The Spanish Congress, or lower chamber of Parliament, has passed a new package of measures aimed at boosting the economy and alleviating the effects of the ongoing Russia-Ukraine war on the economy.

The proposals tabled by the government of Prime Minister Pedro Sanchez were approved with an overwhelming majority and included measures like the abolition of a four percent sales tax on basic foodstuffs, such as milk, bread and eggs, and the halving of a 10-per cent sales tax on pasta and different kinds of cooking oil, reports Xinhua news agency.

The package also maintained the free travel passes already available for local and middle-distance trains, along with a 50-per cent fee reduction for long-distance trains.

The energy price caps introduced earlier by the government were also retained.

In addition, low-income families will benefit from a one-off payment of 200 euros ($218).